Please be aware, The Somerville Hotel is closing for refurbishment on the 2nd of January 2023, reopening on the 1st of February 2023. Our reservations are now open for 2023 so click here for rates and booking! The Story of St Aubin's Bay

The small fishing village of St Aubin has its own long-standing story that spans centuries from medieval times through the English Civil War, to the age of privateers where the harbour was used as a base for ships licensed by the king in exile. The privateer’s success brought great profit to themselves but also to the Royalist Governor, Sir George Carteret, who was later rewarded with a gift from King Charles II of lands in the “New World,” which in time became known as New Jersey. Jersey remained loyal to Britain throughout the wars with France and their ships continued to plunder; captains and crews were apportioned shares of the booty by an Admiralty Court, which is now the Old Courthouse Pub situated at the end of the Bulwarks.

Over the centuries that followed trade with the New World colonies brought wealth to the island and the wealthy merchants built fine houses in St Aubin. Eventually, in the mid to late 1800’s the main harbour moved across the bay to St Helier and St Aubin became a quaint, backwater village that is filled with peaceful backdrops and moves at a slower pace. It is around this very same time period that the Somerville’s story begins, as the property and estate of George Philip Benest, the Constable of St Brelade from 1844 – 1860. The estate was sold naturally to the Constable’s son, Anthony Philip George Benest, and then shortly thereafter changed hands to James William Chapman a popular Victorian socialite of the era.

It was under Mr. J.W. Chapman’s ownership that the new main house was built and the beginnings of the Somerville as a hotel was born. Under the new construction the main house was enlarged and the Swiss architect working on the construction gave the hotel a Swiss-chalet like appearance.

As a Victorian socialite Mr. J.W. Chapman held many popular social evenings at the hotel and even attracted notable visitors. Louis Philippe Albert Comte de Paris, pretender to the French throne stayed a few days at the Somerville Hotel and the old noblesse of France flocked over the sea to greet their monarch and among them Breton nobles in national costume. In 1902 the hotel was sold to Mr. J.W. Chapman’s sons. During this time the hotel continued to grow and was advertised as a leading hotel with golf links in the island. The hotel also hosted dancing every evening during the season, the finest cuisine and choice wines were offered and a glass sun lounge overlooked the magnificent panoramic view of the bay. The train also ran from St Helier to La Corbiere and passed right through St Aubin, serving as a significant connection for the village, as well as the hotel, to the rest of the island.

The Somerville also happened to sit on land that was a part of the ancient Fief of Noirmont. In 1903, the Seigneur Revd. William de Quetteville who owned the land decided to give up his feudal rights. In doing so, the Parish of St Brelade acquired some of the land and widened the road, Le Mont du Boulevard, where a well now sits underneath. Since 1934 and throughout the Occupation during WW2 the hotel changed hands multiple times and was in a bad state due to the wear and tear by the Germans by using the premises to house their troops, before being sold to Mr. J.W. Boullier in 1946. During the Occupation the Germans dug tunnels, presumably for the purpose of escape routes, underneath the property. Some of these tunnels have been filled in except for the main one which is still intact today.

Work on the reconstruction of the hotel began in the winter of 1946; new staircases were replaced inside the premises and the interior was completely modernised. The Hotel was reopened for guests in July 1947 and was graded 4 stars by the AA and the RAC. The hotel changed hands again in the 60’s and finally in 1985 the Somerville was sold to the current owners, the Dolan family, who refurbished the hotel throughout and extended it. The Somerville is now part of “Dolan Hotels”, with two sister hotels: The Golden Sands in St Brelade’s Bay and the Hotel Cristina in St Aubin’s Bay.

Loyalty App
Earn rewards
Earn 5 points for every £1 you spend on food, drink and events, as well as exclusive perks and rewards to enjoy throughout the Dolan Group!
Find out more
Dolan Hotels
Dolan Hotels is one of Jersey’s longest established hotel groups with 4-star luxury hotels in the beautiful St. Brelade’s Bay and St. Aubin's Bay. Whether you’re visiting Jersey UK for a luxury weekend break, a family holiday, honeymoon, our stunning hotels in Jersey Channel Islands will cater for your every holiday need.
4.5 Read our reviews 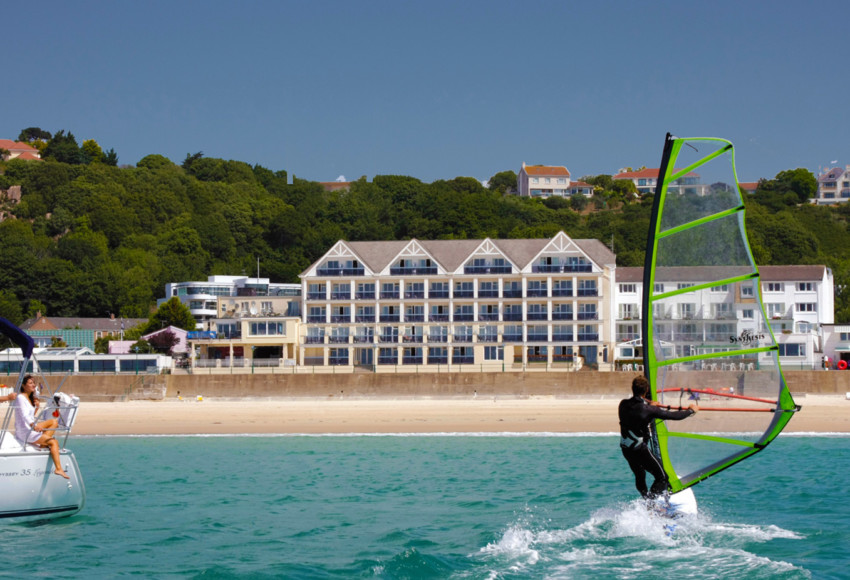 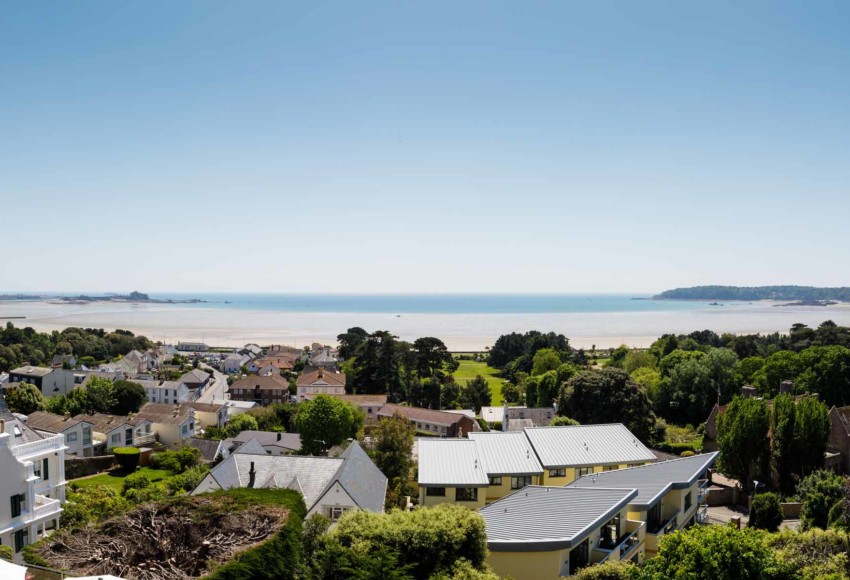 Hotel Cristina
A modern family owned hotel located above the bay of St. Aubin with panoramic views of the surrounding area.
Gallery